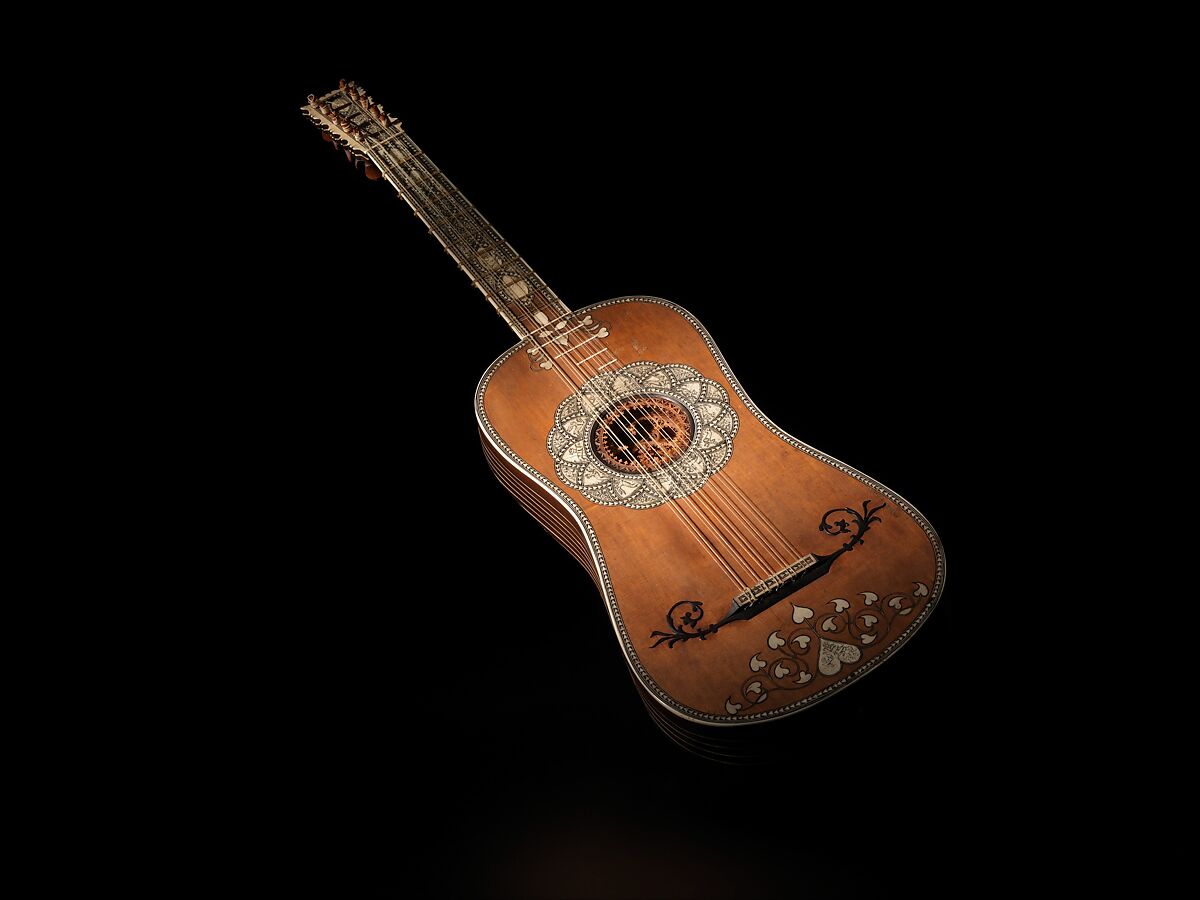 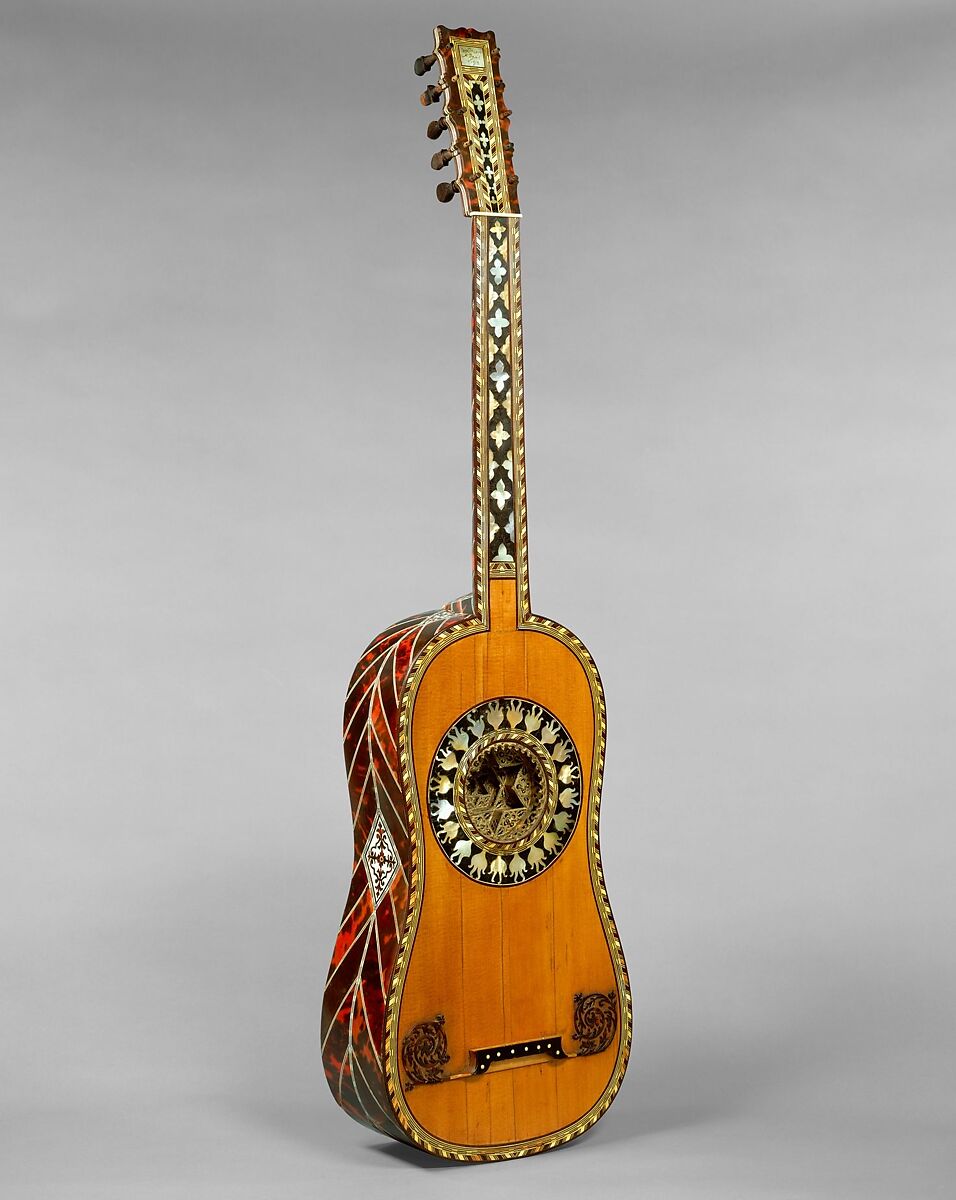 During the 16th and 17th centuries, an instrument with 9 strings (5 courses) became the favorite instrument for accompaniment of song and playing popular and courtly dances throughout all of Europe. There are hundreds of known published and manuscript sources of tablature for this instrument, guitarists were employed in the courts of monarchs and nobles in Europe, and there are many surviving examples of instruments from the 17th century. The guitar was a key player in the rise of monody which gave genesis to what we now call Baroque music, and it had a strong role in the development of opera as well as  the development of equal temperament. Music-making in the home and the rise of instrumental music publishing were innovations which can also be traced to the rise of the guitar as the most popular of all instruments. The earliest example of a set of pieces written in all keys was from a guitar publication in 1640, predating Bach’s Well-Tempered Clavier by nearly 100 years. This music is the cultural heritage of today’s classical guitar, and deserves far greater attention not only from guitarists, but also from the musicological community. We should see and fully embrace the tradition of playing art music on guitar as an unbroken thread which stretches back into the 16th century.